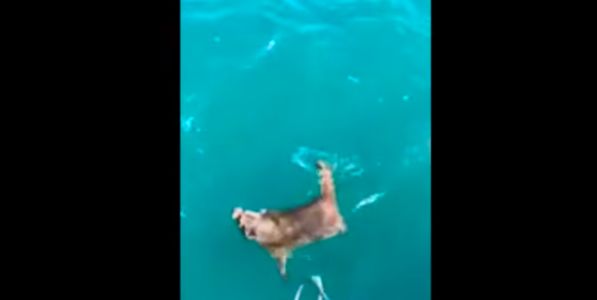 Have you heard the one about the lawyer and the raccoon? No, it's not a modern twist of an ancient fable. It's the disturbing tale of how one man ruthlessly and without remorse killed an innocent animal all because he could.

Sign to make sure Florida Fish and Wildlife Conservation Commission (FWC) punish the murderer of this innocent raccoon.

Thomas Cope, a lawyer from Clearwater, Florida was out boating at sea with some friends when all of a sudden they noticed they had an uninvited guest. A raccoon had apparently hidden away in some part of the boat to take a nap. But before it woke up, Cope and his crew of bros had already set sail.

When the terrified raccoon finally came out, Cope apparently couldn't cope and started shooing the animal to get it off the dingy. With no land in sight, the raccoon presumably drowned at sea.

"So long, sucker!" were the last words it heard as the boat sailed away leaving it to paddle in vain.

Cope, like so many other animal abusers, thought the event was so funny, he just had to film it and share it with the world. But what he didn't expect was an onslaught of anger from social media users. So much in fact that the FWC has said they would open an investigation. However, as animal lovers, we cannot just leave it at that. As we know, these types of cases are often dropped for more "pressing" ones if people are not looking. That's why it must be up to us to keep the FWC on track so that they find and prosecute Cope for this crime.

Please sign the petition and tell FWC you want Cope brought to justice.