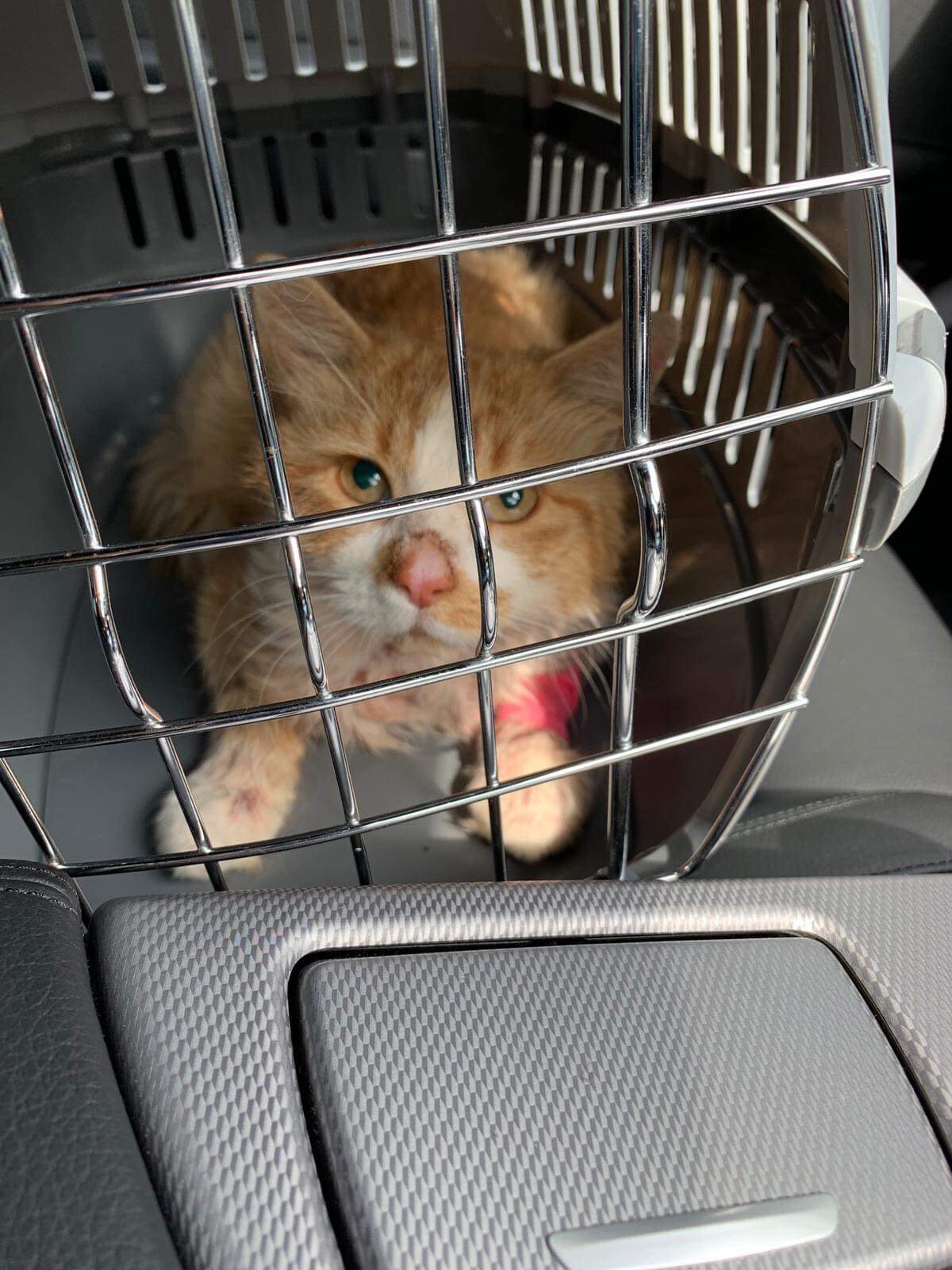 The “Cats as property“ law goes back to 1968!
It states:
Cats are regarded in law as the ‘property’ of their owner. The theft of a cat is treated as an offence under the Act, in the same way as theft of any other property is.
A cat that is lost or has strayed is generally regarded as the property of the original owner. It is therefore necessary to make all reasonable endeavours to locate the original owner whenever possible.

As a result of this cats in terrible condition, such as the one below, by law are returned to their owners by the Rspca and cats protection because not doing it is theft.

The Animal Welfare Act 2006  applies to both domestic and feral cats. In addition to cruelty offences, the Act now places an obligation on owners – as well as those in charge of or responsible for cats – to ensure that their welfare needs are met, emphasising the need:
• for a suitable environment – place to live
• for a suitable diet
• to exhibit normal behaviour patterns
• to be housed with, or apart from, other animals
• to be protected from pain, suffering, injury and disease
The penalties for committing an offence of cruelty or for failing to provide for an animal’s welfare needs include a ban from owning animals, a fine of up to £20,000 or, in some cases, a six-month prison sentence.

But despite this, if the owner comes forward, where a cat has been rescued and gives an excuse, eg the cat strayed, they are handed back.

Help me to give cats a voice and prevent such cases of abuse & neglect being repeated.