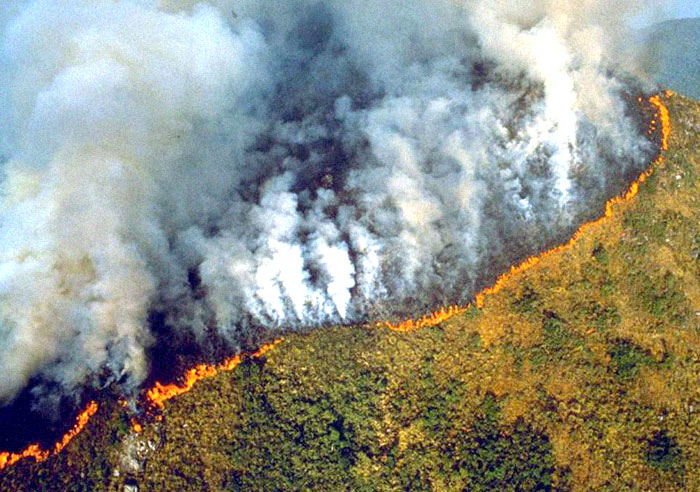 Thousands of hectares of Brazilian rainforest are burning. This gets worse every year and nobody makes it stop! With this petition, we want to ensure that this comes to an end.

Due to the policy of the Brazilian president Bolsonaro, farmers and companies have a license to cut down large pieces of forest or burn them for farming and stock breeding. The government no longer actively maintains and therefore certain people, for example lumberjacks, feel free to do what they want. The only thing they see is their cash flow and they don’t think about the environment and safety. The Brazilians call this terrible period the queimada (the burning).

Due to these horrific fires, a thick layer of black smoke spread over various Brazilian cities. In São Paulo, the smoke blocked the sunlight for about an hour, completely obscuring the metropolis. The forests cover an area of ​​5.5 million square kilometers, about half the size of Europe. It is spread over nine South American countries: Brazil, Peru, Colombia, Venezuela, Ecuador, Bolivia, Guyana, Suriname and French Guiana. 64 percent of the area is in Brazil.

The Amazon region is very important for the current environment and provides 20% of the oxygen on earth. Burning these threes has a direct effect on global warming. The air quality also decreases due to increasing soot and smoke. Not only humans are the victims of these fires, but also animals die and are burned alive. Many fruits and plants will also die, which is a major loss for the world.

We must let our voice be heard as a world population and ensure that this does not happen again. Help us to stop this and save the earth! Sign and share the petition, with enough signatures we can stop this!