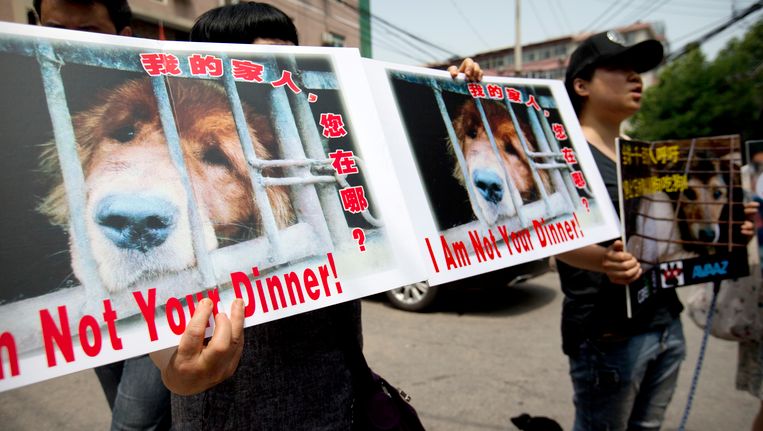 The Dog Meat Festival has been a tradition in China for many years. Every year around 10.000 innocent dogs are slaughtered to celebrate the longest day of the year. We as humans and animal lovers are ashamed of this and feel like we need to put this to an end!

Innocent dogs are stolen from families and children and then transported in small cages for slaughter. This happens weeks before the Dog Meat Festival, which means that the dogs have to wait hungry in far too small spaces until they are slaughtered. It is terrifying to see the dogs in steel cages without any food or water in the hot Chinese weather.

This Dog Meat Festival is held annually on June 21 in the city of Yulin. In China, dog meat is seen as a delicacy, but there are already some protests going on. Xu Yufeng, the founder of animal welfare organization Beijing Mothers Against Animal Cruelty tells Time Magazine. The event, which starts on June 21, should be abolished "in the interests of public safety, food safety, social morality and China's reputation."

Eating dogs is not forbidden yet in China and there are slaughterhouses throughout the country. Every year 10 million dogs are slaughtered for consumption. Help us to stop this! Sign and share the petition and with enough signatures we can stop this!