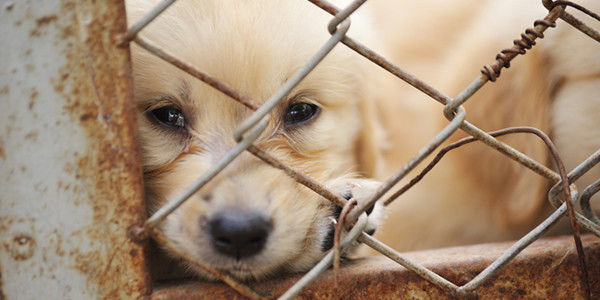 Animal advocates have continued to work tirelessly to raise awareness about the cruelty inherent in large-scale dog breeding operations, otherwise known as puppy mills, and now there's a chance to weigh in on a proposal that would make some positive changes.

The U.S. Department of Agriculture, which oversees these breeders, has proposed a rule that would address a few problems, including increasing standards for veterinary care at facilities that are regulated under the Animal Welfare Act (AWA), and requiring that dogs and cats constantly have fresh access to potable water.

Sign on to support this important rule that could save many animals' lives!

It would also end the practice of automatically renewing licenses of dealers and exhibitors, whether or not they are in compliance of the AWA. Sadly, year after year, the agency has rubber-stamped breeders with histories of horrifying treatment of animals in their care, which has caused a lot of unnecessary, and entirely unacceptable, suffering.

Under the proposed changes, breeders, exhibitors, and others would be required to obtain new licenses every three years and show that they are compliant with current regulations before it's granted. They would also be required to disclose past violations of local, state and federal laws related to cruelty and neglect.

You can help speak up for animals at licensed facilities by asking the USDA to make changes that would increase veterinary care standards and require constant access to water, in addition to asking the agency to stop rubber-stamping applications, reduce the amount of time a license would be valid to less than three years, not granting temporary licenses, and to reduce the amount of opportunities licensees have to show compliance during pre-license inspections – they shouldn't get three chances, and shouldn't get to stay in business while they appeal denials.

It should also work to ensure these measures are enforced and act to shut down problem breeders immediately instead of working with them to help them stay in business when they clearly aren't meeting the bare minimum standards under the AWA, which are already absurdly low. It should also add other measures that would increase standards of care, such as prohibiting wire cages and stacked cages, and increasing the minimum space required for each animal.

You can help save millions of animal lives by actually giving teeth to the laws that govern puppy mills - sign on today!